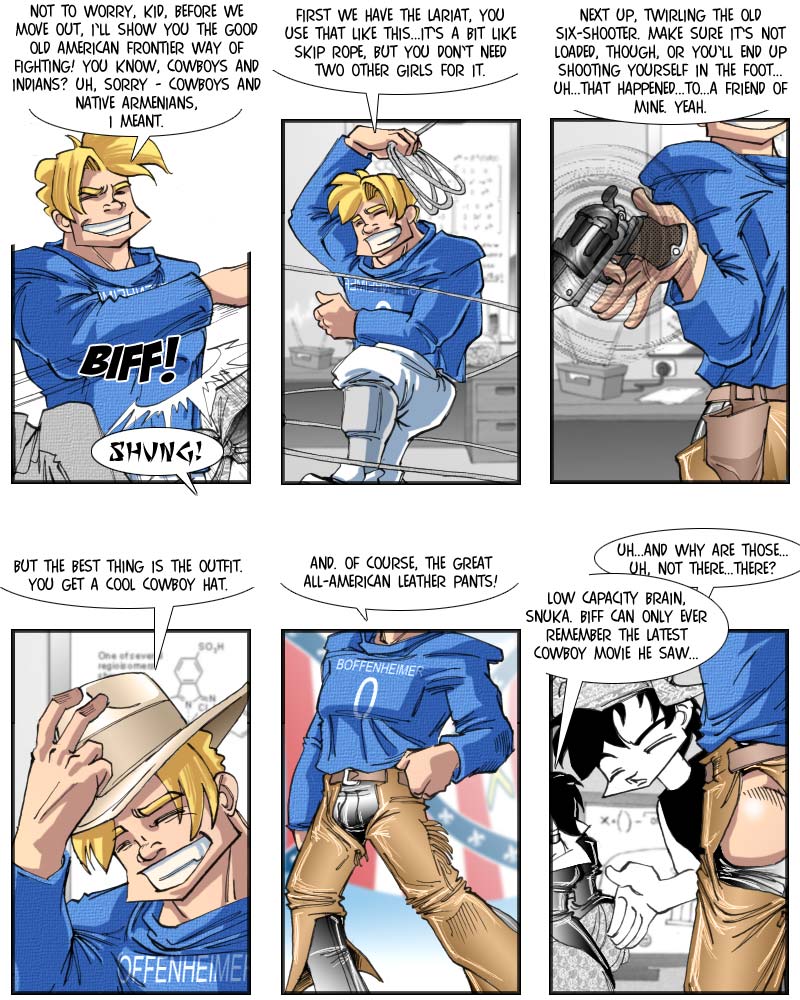 Yeah, that’s the problem with a brain like Biff’s. It’s not like he wouldn’t ever learn anything, the problem is just that all the information he picks up gels into some shapeless blob of mixed-up associations in his skull. He’s seen dozens of John Wayne movies in his youth, but then along came that newer cowboy movie, and now he mentally populates the Old West with people in assless chaps. And he is lucky that his brain at least didn’t construct any visual memories of John Wayne in assless chaps. >_<; Argh, is there any way of retroactively making me not just having given me that mental picture?

Biff comes to you in full colour today, courtesy of my test audience. Originally, it was all grayscale, but someone interpreted the final panel….rather creatively. So, to avoid any potential confusion, I added a splash of colour to help people tell what is what, precisely.

Off course, now that Biff has been given the opportunity to show off a couple of Old West stereotypes, Snuka will next be given a chance to display his traditional Chinese martial arts. I’m not sure, however, whether his grasp on his heritage is any firmer than Biff’s, given how he didn’t really grow up anywhere near China…

Today’s voting incentive is based on an newspaper article, again, confirming something that has already long been suspected concerning the Australian prime minister.