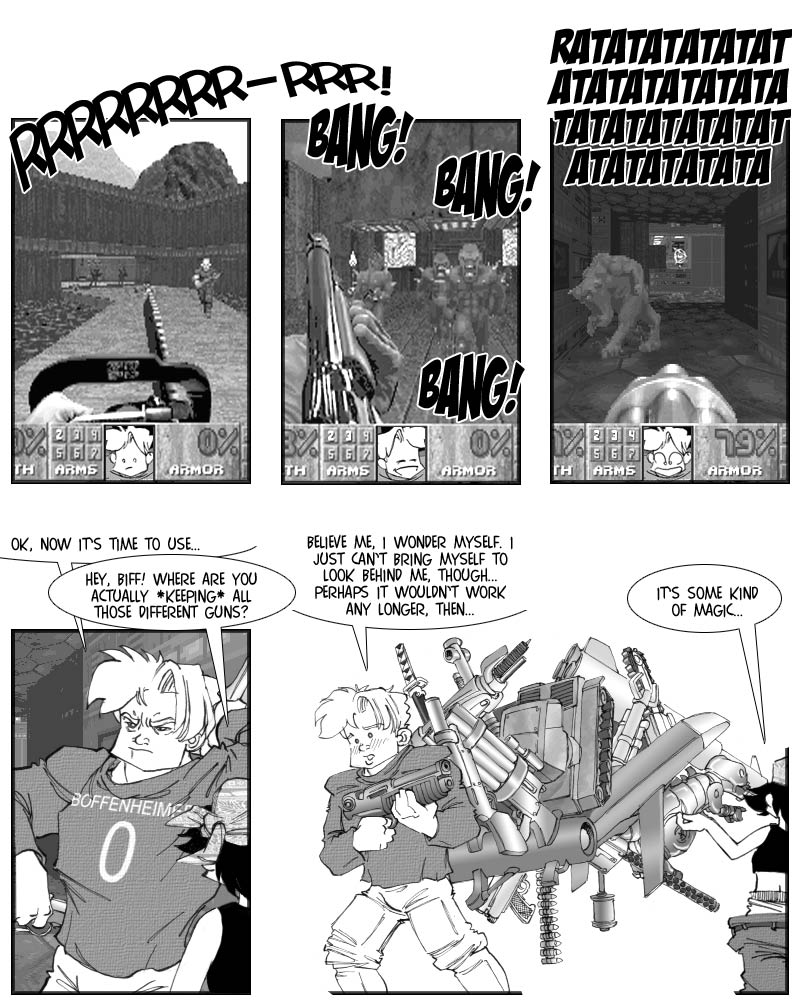 I had promised that today’s episode would not involve allusions to video games, and I kept word – this strip alludes to a computer game, rather.

Uh…OK, admittedly I just got the schedule mixed up. Erm. >_>

Anyway, there’s no denying that the First Person Shooter genre has taken a lot of its inspiration from zombie movies, and that since early on. Not only have they taken over the whole fighting-off-a-horde-of-enemies-with-a-variety-of-military-grade-weapons premise, zombies, named such or under a number of assumed identities, also pop up as enemies in most early FPSs – not only, but also because of rating/censorship issues.

In one aspect the games got the movies beat, though: while movie characters are generally restricted to carrying around a plausibly limited amount of weaponry, game characters seem to be able to lug around the equipment of a full platoon of spec-ops soldiers – usually attached to their backs in a completely undisclosed but highly practical way. I theorize there’s some adhesive force surrounding a FPS character’s back like a magnetic field, ultimately giving them the appearance of a walking heap of scrap metal…that’s probably why early FPS didn’t allow you to look over your shoulder.