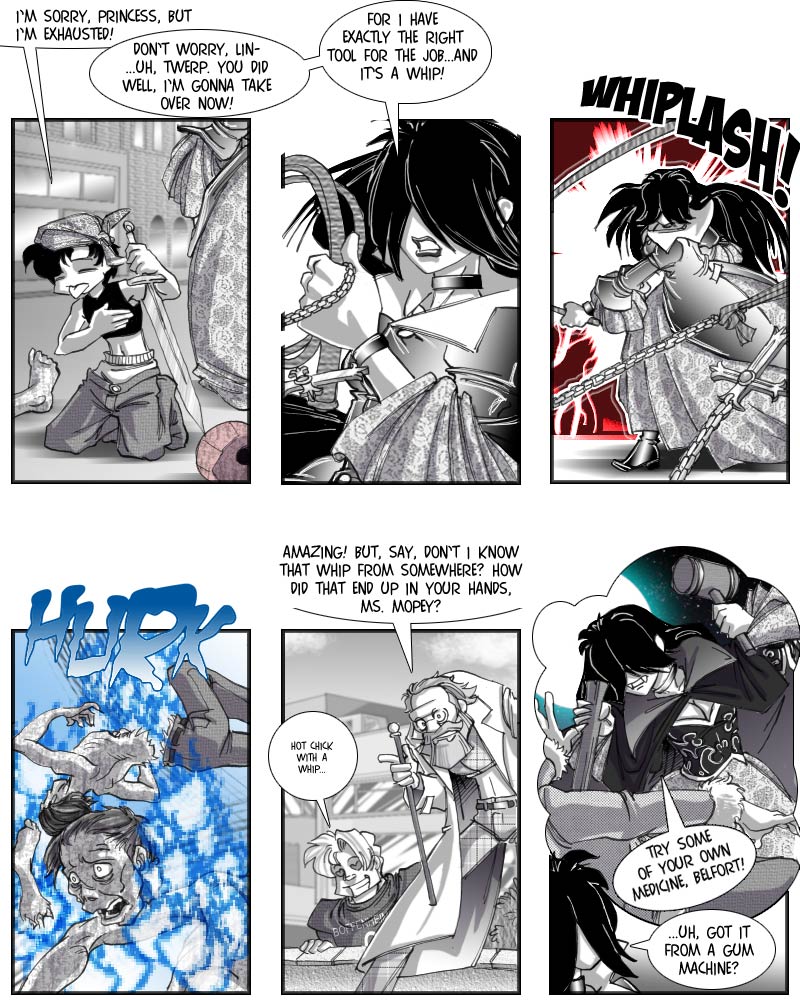 I admit that using a whip to fight undead is not as much a B-movie idea as a video game one – but I thought it would be just about the perfect way to restore Mopey’s reputation, which had suffered condsiderably from her princessy behaviour last time. And Biff, for one, seems to enjoy the aesthetics of it…or whatever?

And it seems Mopey’s also staked out a place in the legend surrounding the vampire hunting Belfort family…fortunately, it appears they tend to produce offspring before setting out on some Nosferatu’s trail, so there’ll likely be no interuption of service there.

More on Monday…for one final (for a while) video game reference, see today’s new voting incentive.